General Knowledge Multiple Choice Questions MCQS & answers are available here. Download mcqs of GK in pdf format from here. Mostly general knowledge questions consists of Area and population of Continents, Highest and lowest (Continental altitudes), Oceans, Seas, Important Islands, Principal Mountain peaks. Each question have 4 answers. Out of which one is correct. Answer keys for these questions are given at the end. In every Test questions are according to the syllabus.

If you wants to score high marks in test. Then you have to work out these questions so many times until they get understand the pattern of the test as well as know how to pass the test. In short online Test Past Papers are very helpful for the students. You can also download these solved Papers in pdf format.

Some of the question are describe below that are related to gk generak knowledge. Answers are given at the end.

81. Which one of the following parts of cold deserts and continents is correctly matched?
(a) Atacama —South America
(b) Gobi — Asia
(c) Kalahari — Africa
(d) Great Sandy — Australia

82. The production of rubber tree is better adopted to areas where the climate is —–
(a) Warm and humid (b) Warm and dry (c) Cool and moist (d) cool and dry

84. All vital atmospheric process leading to various climatic and weather conditions take place in the —–
(a) Troposphere (b) Ionosphere (c) Exosphere (d) Stratosphere

86. Which of the following scholars suggested the earth’s origin from gases and dust particles?
(a) James Jeans (b) Hannes Alfvén (c) F. Hoyle (d) O. Schmidt

87.The theory that refers to an explosion about 10 to 15 billion years age, which most astronomers believe to be the origin of the universe, is called —–
(a) The Red Shift theory
(b) Relativity theory
(c) Big Bang theory
(d) Titanic theory

91. East Timur, is now independent Country, before independent it was part of —–
(a) Taiwan (b) Malaysia (c) Thailand (d) Indonesia

92. Kosovo s now independent Country, before independent it was part of which of the following Countries?
(a) Yugoslavia (b) Albania (c) Romania (d) Bulgaria

96. Which of the following is the most porous rock?
(a) Basalt (b) Granite (c) Sandstone (d) Slate

97. Weathering is —–
(a) Breakdown or disintegration of rocks
(b) Formation of soil by fine sand particles
(c) Breaking of the surface of land by flowing water
(d) Wearing down of rock surface

98. Which type of plants are adapted to grow under drought conditions?
(a) Pteridophytes (b) Xerophytes (c) Tropophyes (d) Hygrophytes

99. Which of the following is the oldest rock?
(a) Quartzite (b) Ordovician (c) Carbonatites (d) Cumbrian 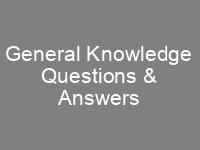