Check all the details about how to submit application for Pakistan Army Civilian Jobs At CMH Combined Military Hospital & COD Karachi. These job postings are advertised in the jang and express newspapers, respectively. The department is seeking candidates for the positions of Medical Assistant and Sweeper at CMH Nowshera.

All those who have Matric degree are eligible to submit their job application for CMH Nowshera jobs.

What is the procedure for submitting application For CMH Jobs ?

Is TA/DA available for these jobs?

Who will be called for an interview or a test of Army?

Only those candidates who have been shortlisted by the army authorities will be contacted for an interview.

What are the requirements for government workers?

Is my Application is Accepted After Closing Date ?

All those applications which receive after due date will not be considered. 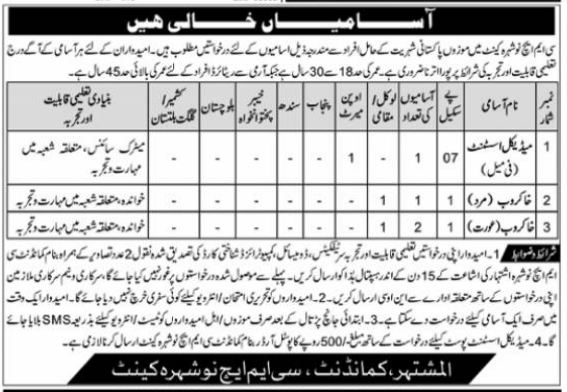 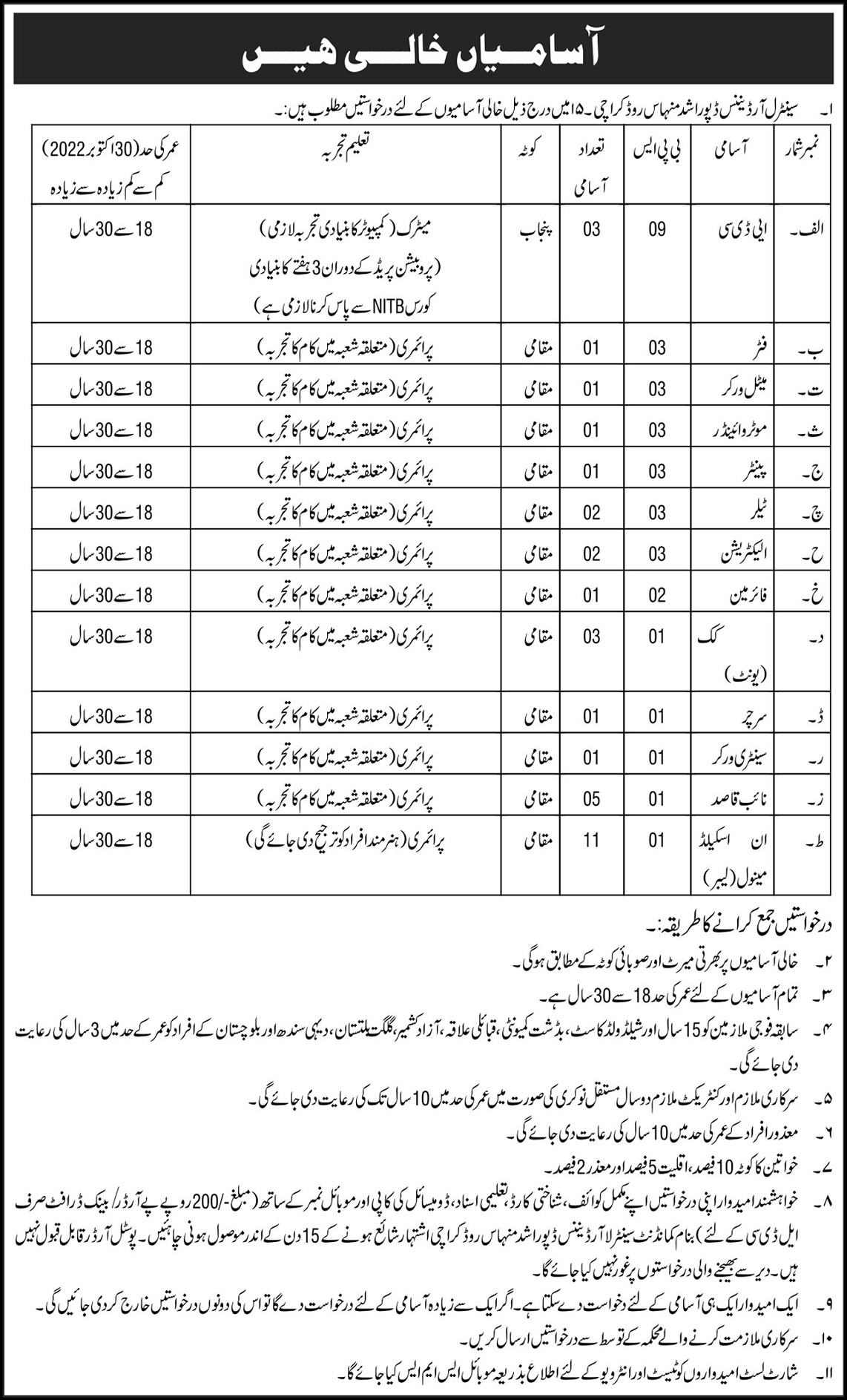